Home / news & opinions / The rise and rise of the podcast

The rise and rise of the podcast

back to news & opinions
published on May 15 2019
by the same token, podcasting took something we all know and love - i.e. the radio broadcast - and developed a new type of platform to access it with. What it offers that traditional radio broadcasting cannot, however, is the opportunity to listen to your chosen ‘show’ whenever and wherever suits, with the programs you love available 24/7, right at your fingertips.
under news & opinions, Podcasts 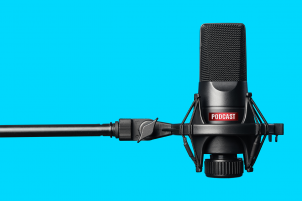 Whether for entertainment purposes, building a personal profile or as a vital branding tool allowing for the communication of key messages to a highly-targeted and super-engaged audience, the podcast continues to prove its worth.

The basic idea behind podcasting is nothing new. Far from it, in fact. Audio formed the earliest iterations of public broadcasting, commencing with the humble wireless sometime around the 1920s. Having grown up surrounded by it, we all know what tuning into a radio show involves, and its enduring popularity demonstrates the extent to which this particular means of consuming information resonates.

Conventional wisdom suggests the most successful entrepreneurs are not generally coming up with brand new concepts, but rather improving on existing ones. It’s much easier to get people’s buy-in for a concept they’re already somewhat familiar with, rather than trying to educate and convince them about the worth of ideas entirely alien to them. Let’s take Uber as a case in point. Pre-launch, everyone already understood the concept of ordering and riding in a taxi, and the associated benefits. The folk behind Uber simply added an extra layer of convenience for users and the rest, as they say, is (billions of dollars’ worth of) history!

Podcasts also give listeners the opportunity to become their own personal programmer. Gone are the days when our listening consumption was dictated by a radio station’s schedule and output. We can now cherry pick podcasts based on topics that appeal to us, meaning we can tailor our experience, and drill down on what we consider to be relevant to us.

You could argue the podcast is doing for radio programming what Netflix has done for television, by presenting neatly packaged content bites, and making them available on-demand. The podcast, of course, has a number of compelling extra benefits when compared to the big television streaming services.

Secondly, there’s the convenience factor. Podcasts are uninhibited by the limitations imposed when staring at a screen, so can be consumed on the go, whether you’re on the train, behind the wheel, or enjoying your morning running. By allowing for multi-tasking, they lend themselves perfectly to our increasingly busy modern lives.

And then there’s our proven affection for audio itself. Listening to audio is an intensely personal experience that often resonates much more deeply than other forms of communication.

“Audio is one of the most intimate forms of media because you are constantly building your own images of the story in your mind, and you’re creating your own production,” said Emma Rodero, a communications professor at the Pompeu Fabra University in Barcelona, when interviewed by The Atlantic.

With the recent explosion in podcasting, you’d be forgiven for thinking they are a recent invention. Although available in one format or another since the late 1980s, the advent of broadband internet and devices with inbuilt digital playback like the iPod in late 2004 were the catalysts that propelled the podcast into what we know today. Even in this form, their early days saw them largely ignored by both content creators and listeners. It wasn’t until around 2013 with the arrival of juggernauts such as the gold standard of true crime, Serial, and the wave of copycat versions that followed, that podcasts really cut through the national psyche, sparking conversations and water cooler moments.

Today, the boom is in full swing. Southern Cross Austereo’s inaugural podcasting study revealed a significant increase in the number of podcast listeners across all age groups in Australia. New podcast listeners aged 18 to 54 increased by an enormous 52% between 2017 and 2018. The ABC’s third annual podcast study showed nine out of 10 Australian adults are now aware of podcasts, with one in three having listened to a podcast during the past month. And with statistics like that, it seems the possibilities are endless.

Outside of the hugely popular podcasts which attract mass global audiences (and, come to mention it, mass revenues!) there also exists a wealth of opportunities for brand specialists and marketers. No matter how niche the subject matter of any podcast, there’s bound to exist an audience for it, and visa versa. The fact that episodes are relatively cost-effective and straightforward to produce no doubt adds to the appeal for marketers. Increasingly, we are seeing the podcast considered by brands as a legitimate and effective way of sharing important messages and information, establishing brands and their people as trusted experts within their fields.