Home / news & opinions / The Power of The Conversation

The Power of The Conversation 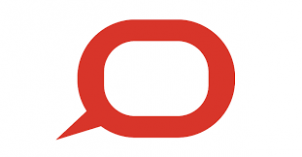 This article was originally published in the October edition of 47, Pesel & Carr’s quarterly communications newsletter.

Let’s talk about the power of The Conversation … And no, we’re not talking about that vastly-diminishing art of picking up the phone for a chat or debating face-to-face.

We’re talking about the website that’s become a powerful “go-to” source of ideas and information for journalists and the public.

With the tagline ‘academic rigour, journalistic flair’, The Conversation describes itself as ‘an independent source of news and views, sourced from the academic and research community and delivered direct to the public’. It allows media to republish its articles free of charge under a “creative commons” licence.

Pesel & Carr identified the publication as an ideal platform for helping a recent client, raise awareness of the need for better safety for healthcare workers.

The article led directly to three TV interviews, two radio interviews, print publication in The Age and online publication on the ABC, News.com.au, Medical Observer and international news websites!Add to that a whole heap of social media engagement, including 2,100 shares of the original article on Facebook, 170 on Twitter and 75 on LinkedIn –  a substantial social media conversation by any test.

It’s something the website’s own published statistics could have easily predicted. The Conversation has a highly engaged community. After reading an article, on average, 85% of users discuss it with friends, 65% share it on social media, and 21% comment on the article. And after writing an article, 55% of authors are contacted by media publications.

So, how did one of a new breed of online news sites become a much-relied upon resource for traditional media?

In the six years since it was founded, The Conversation has developed a reputation as a trusted source of information, offering ‘explanatory journalism’ with pieces written by specialists in their respective fields. Indeed, all authors must be members of academic or research institutions such as a university or teaching hospital before they are permitted to publish.

It’s a model that has immediate access to a global network of 33,000 academic experts for timely analysis and commentary. In a world where newsrooms are rapidly shrinking and media resources are becoming more and more stretched, it is no wonder that journalists are flocking to The Conversation.

An added attraction is the purity and arguable lack of bias found in its content. The Conversation isn’t beholden to a traditional media funding model or political agenda. It takes no advertising and is a not-for-profit venture, paid for entirely through the higher education sector and reader donations.

When interviewed in 2015 by The Independent , the founder of The Conversation and former editor of The Age Andrew Jaspan explained the origin of the publication: “I had to sack 30 people at The Age. We were losing specialists in areas like science and health … I had a discussion with the vice-chancellor of Melbourne University and I realised that the next stage for journalism could be a global newsroom in which everyone is a specialist.”

So what’s in for the unpaid, expert contributors? Some want to contribute back to society through engaging the public in their ideas. Some use it as a platform to go on to write and provide commentary for other outlets, while other contributors are invited to speak at conferences and engage in research collaboration and business consultation.

If your organisation has any connection with the academic or research world – through board members, industry collaborations or other relationships – it’s well worth exploring whether a piece in The Conversation by them could work for your client or you.

I was a little frightened overnight while the wind

It feels like the momentum of "normal" life had on

There’s a big difference between the phrase: “

🐩 Some of the world’s finest minds are puttin